A Beginner's Guide to Blockchain

A Beginner's Guide to Blockchain

Blockchain is amidst the technologies capable of revolutionizing numerous industries regardless of their nature and functionality. Be it banking, transaction, or construction, blockchain proposes esteemed benefits for every sector.

Several industries are picking up on the trend of integrating blockchain, but there are still many who do not have any clue about it. That is why the web is filled with questions like “what is blockchain”, “benefits of blockchain”, and “why choose blockchain.”

Studies have even shown that around 59% of the people have never even heard the term blockchain technology. Even the ones who have heard the term have no clue as to what it actually is. A tech with such potency remaining dormant is a crime to evolution. That is why we are presenting the ultimate beginner’s guide to blockchain:

The History of Blockchain

Invented by Satoshi Nakamoto in the year 2009, the tech opened the paths for the evolution of digital currency. The best thing about blockchain technology is that it got smart contracts into the mainstream arena.

Still the traces of blockchain go as far as 1991, when Scott Stornetta and Stuart Haber worked on a crypto-secured chain of blocks. Despite the work continuing throughout the 2000s, it was in 2008 when Satoshi brought the ideas into the real world. 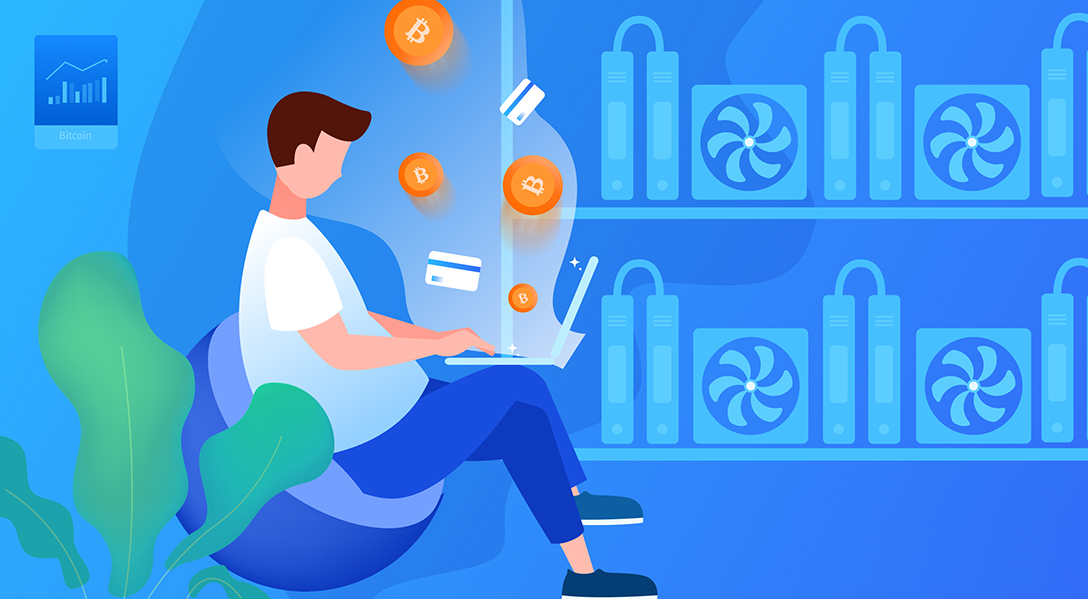 What Made Blockchain Popular?

It was the anonymous nature of blockchain, which earned it the initial popularity boost. The factor helped Bitcoin gain relevance in the market; however, it was transparency that helped the technology grow.

Decentralization is amidst one of the first features every business presents blockchain with. However, the technology does not have a single form. While Bitcoin is merely a crypto coin, Ethereum serves as a ledger tech.

Therefore, choosing one quality to highlight blockchain will be unfair.

There are numerous myths surrounding blockchain, and here we have busted a few of them. 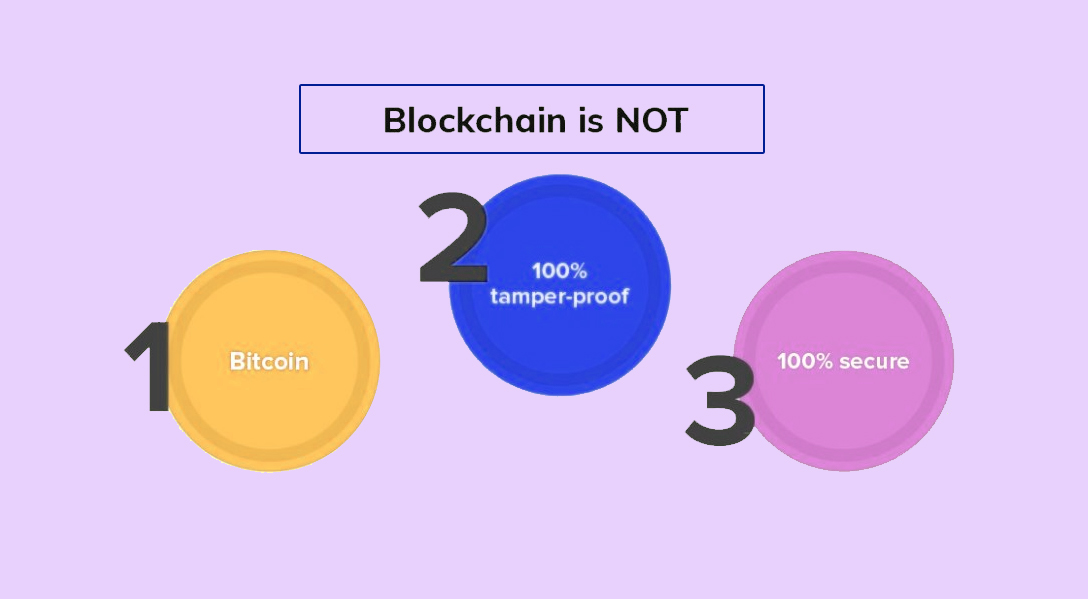 Myth 1: Blockchain is Bitcoin or vice-versa

It simply is not true. Blockchain is a much wider term while Bitcoin is merely an offspring of the tech.

No technology in the entire world is absolutely secure. However, in order to breach the system, you need to gain access to over 50% of the network’s capacity.

Even with the seemingly unbreachable concept of blockchain, some loopholes still exist. One such example is Ethereum breach, which later forced Ethereum to be divided into two categories.

One major aspect favoring the blockchain industry is the sheer intricacy of data modification. Once you have inputted the knowledge, modifying it becomes seemingly impossible as you need the agreement of every involved member.

Moreover, every participant is notified regarding the changes made to the system, allowing everything to stay transparent. What a participant owns at any moment can be called the blockchain’s current state.

The state is constantly updated with new blocks getting added within the chains.

What Role a Peer-to-Peer Network Plays in Blockchain 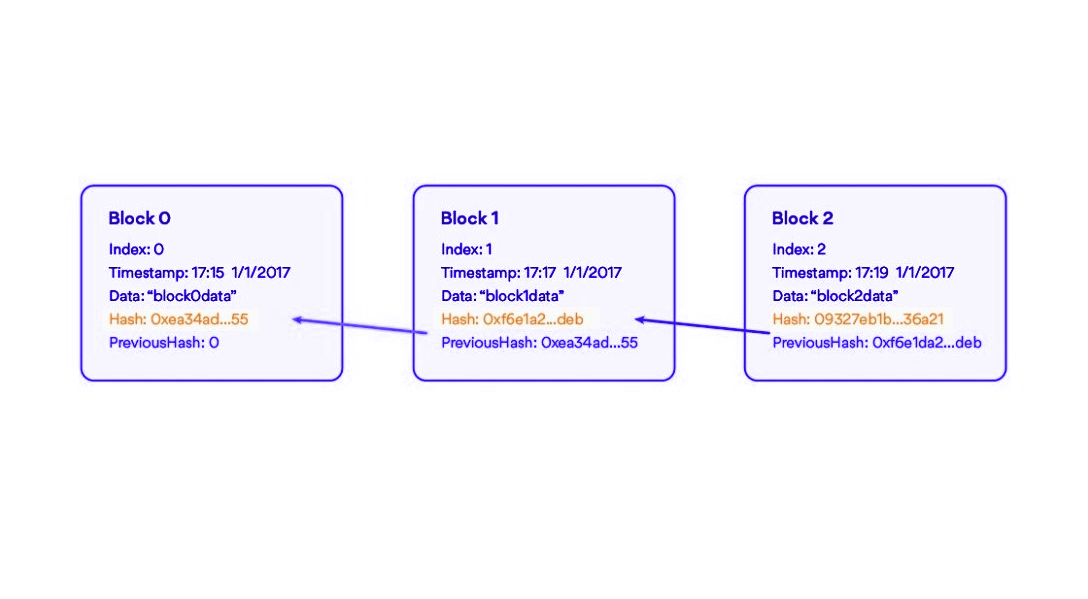 Blockchain technology establishes a global network via numerous computers downloading and synchronizing the data. The computers are termed nodes and they utilize the peer-to-peer network for securely sharing the data.

When you add new blocks within the blockchain, every node updates the blockchain. Here are some of the benefits of using peer-to-peer network:

Why Use the Agreement Mechanism

Even if the nodes do not trust each other, a peer-to-peer network helps them collaborate securely. There are said rules to facilitate the same, and they are: 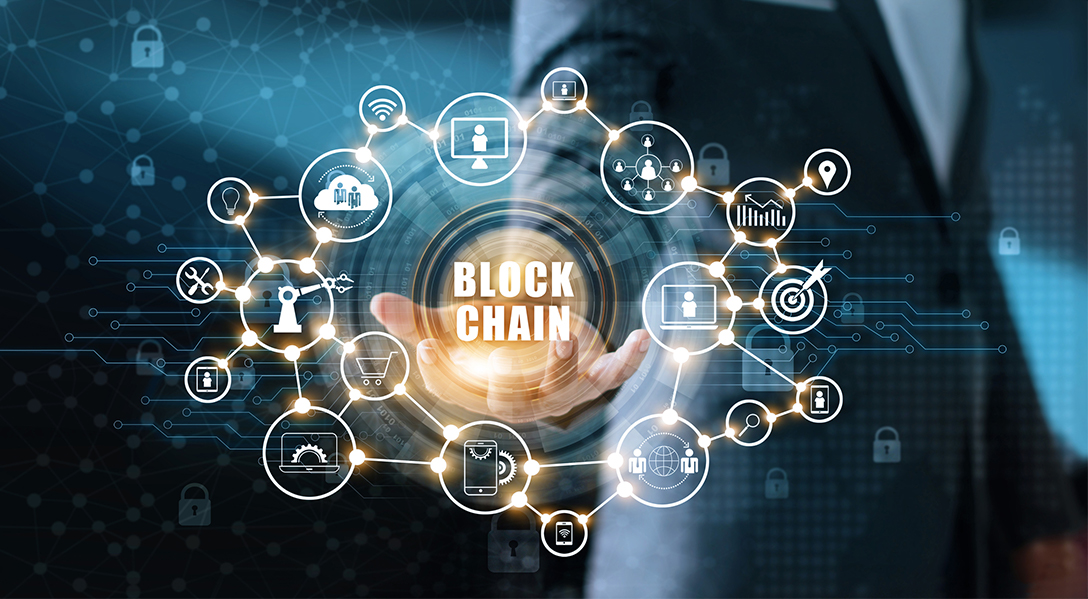 How a Block is added to the Chain?

PoS (proof of stake) and PoW (proof of work) are the most renowned practices for adding a block to the blockchain.

The PoW method is the more popular one from the group being used by Bitcoin.

PoS, the lesser popular option is generally utilized in a distributed ledger being used by Peercoin, List, BlackCoin, and Nxt.

It is the practice called distributed ledger tech. The tech functions similar to the checking account done at a bank. Whenever you finish a transaction, the ledger is updated alongside the balance.

However, the major difference is the participants updating the balance. In the case of blockchain, every participant in the network syncs the record and matches with everyone else.

You can define blockchain as an online record of every transaction after the creation of the initial block.

The Need of Blockchain

Here is why we need blockchain in our life:

The advent of blockchain has opened the path of growth for numerous more innovations. The world as we know is about to be revolutionized as many industries are utilizing the tech for their enhancement. However, even with blockchain technology offering uncountable benefits, there are still many people who have no idea about the tech.

That is why we have prepared the best blockchain guide for beginners. With this, you can get a better understanding of the topic. Give it a read or reach our website to know about more similar topics.